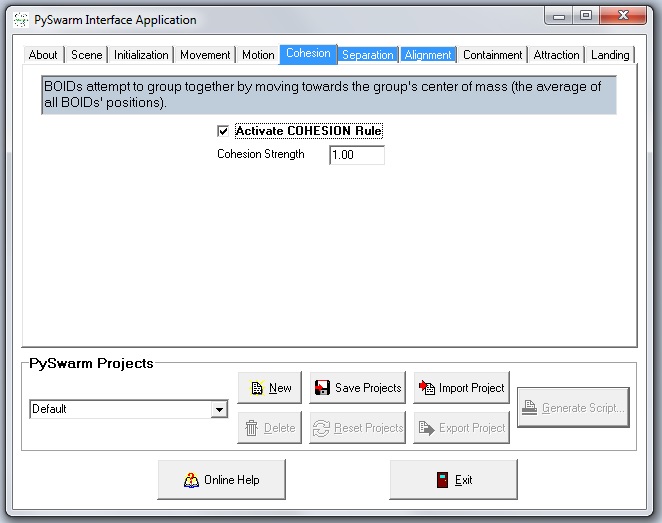 When COHESION is activated, a BOIDs will attempt to move towards the flock’s center of mass (the average of all BOIDs’ positions, except it's own position). When the Localize Rules parameter is set, the local center of mass is calculated by only considering those other BOIDs with the defined radius. Note that this is not the precisely same as being attracted to other BOIDs, but towards a point at the group's center. 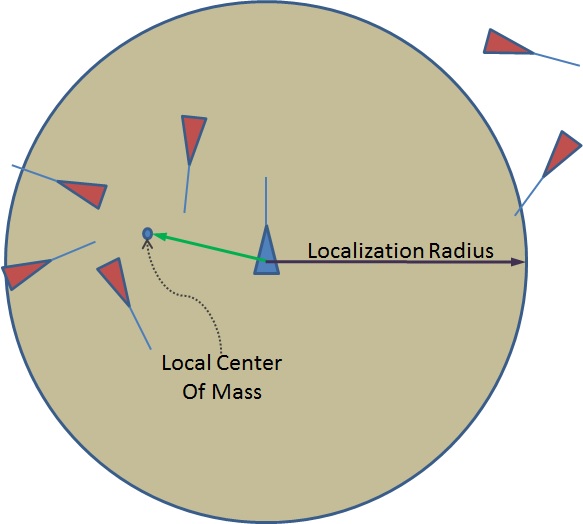 Check this box to active the rule.

Adjust this value to influence the strength of cohesion. Higher values will force the BOIDs to stay close to the group’s center of mass.

Most animals are affected by cohesion - the desire to not move too far away from others of its kind.

For simulating some species that are "loners," set the Cohesion Strength parameter to a negative number (e.g., -0.5).